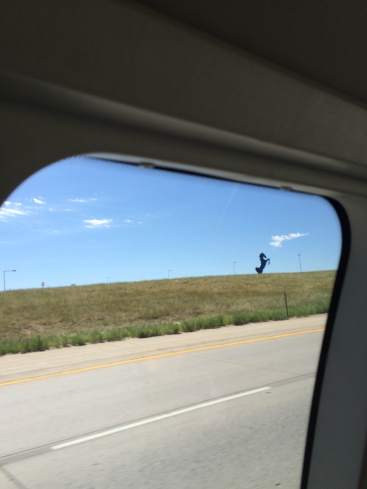 Some times music chosen for movies plays against type and that makes the movie better. Dead Man Walking, Oscar bait for Susan Sarandon and Sean Penn, is clearly made better by an unusual soundtrack. In the case of Jim Jarmusch’s Dead Man, it can make a great movie grate.

What made Dead Man Walking so exceptional was director Tim Robbins use of music that didn’t have any cultural association with the deep South setting or even the United States. Instead of the boring, second-rate-slide-guitar-go-to of most films set in the exotic, gothic (hot, humid…) South, Robbins went with something exceptional. The music featuring the amazing, piercing voice of Pakistani Nusrat Fateh Ali Khan, tabla and sitar, adds a lens of otherness. The beauty of the story shows through because the music removes tired stereotypes which allow the larger questions of the movie to come into focus. The worth of all is a people problem. It is not only a Louisiana problem or a United States problem.

The horribleness of Dead Man’s soundtrack cannot be overstated. The music is a Neil Young vehicle and in my memory consists of one electric guitar, one chord, and one chorus effect pedal. The stoic, solitary guitar is supposed to create an emotional connection to the enveiled main character, John Milton, played by Johnny Depp, as he wanders toward nothingness in the Pacific Northwest. Instead, the lonely guitar sounds stumble into the frame like an unwanted busker on a crowded subway car when you are reading a good book. The attempt to set a mood without orchestra swells and french horns playing open fifths is admirable but fell well short of effective.

(This post is the first in a rolling series about movie music.)